Menu
Sign In / Sign Out
Navigation for Entire University
Isotope Cosmochemistry and Geochronology Laboratory
Skip to content
The Center for Meteorite Studies congratulates Dr. Zachary Torrano, who successfully defended his doctoral dissertation June, 30th (which, by happy coincidence, is Asteroid Day)!
Early Solar System Processes and Parent Body Relationships Recorded by Chromium and Titanium Isotopes in Meteorites
Meteorites and their components can be used to unravel the history of the early Solar System. Carbonaceous chondrites are meteorites that originated from undifferentiated parent bodies that formed within a few million years of the beginning of the Solar System. These meteorites contain calcium-aluminum-rich inclusions (CAIs), which are the oldest dated solids in our Solar System at ~4.567 billion years old and thus preserve a record of the earliest stage of Solar System formation. The isotopic compositions of CAIs and bulk carbonaceous chondrites can be used to identify the sources of material inherited by our protoplanetary disk, assess the degree of mixing in the disk, and evaluate sample origins and potential genetic relationships between parent bodies. In particular, mass-independent Cr and Ti isotopic compositions have proven to be especially useful for these purposes.
In this w 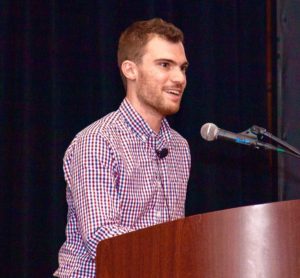 ork, Dr. Torrano first developed new methods for the chemical separation of Cr and Ti, improving the reliability of existing methods to ensure consistent yields and accurate isotopic measurements. He then measured the Cr and Ti isotopic compositions of CAIs from CV and CK chondrites to determine the extent of isotopic heterogeneity in the CAI-forming region and assess the role of CAIs in the preservation of planetary-scale isotopic anomalies. His results show that all measured CAIs originated from a common isotopic reservoir that incorporated material from at least three distinct nucleosynthetic sources and preserved limited isotopic heterogeneity. These results also suggest that planetary-scale isotopic anomalies cannot be attributed solely to the transport of CAIs from one part of the solar nebula to another. Dr. Torrano finally measured the Cr and Ti isotopic compositions of bulk CM, CO, and ungrouped chondrites to evaluate the relationship between CM and CO chondrites, which have been suggested to originate from either distinct but related parent bodies or a common compositionally heterogeneous parent body. The results suggest that CM, CO, and related ungrouped chondrites originated from distinct parent bodies that formed from similar precursor materials in nearby formation regions. These results may have implications for asteroid samples returned by the OSIRIS-REx and Hayabusa2 missions.